Reading Against the Grain: Reflections on Teaching "The Long Song" Intertextually

This article starts from the premise that, in these most extraordinary of times, there has never been a moment in which engaging with the legacy of Andrea Levy’s writing has been more powerfully relevant, urgent and necessary. Reflecting on my own deliberately situated and continuously evolving decolonizing strategies for teaching The Long Song (2010) over the ten years since its first publication, I suggest in this article, some of the ways in which teachers and educators can include both the novel and the 2018 three-part BBC television adaptation within their teaching. Key to my pedagogical approach are the concepts of ongoing decolonizing of teaching practices, enacting critical reflexivity, and teaching students to read contrapuntally or 'against the grain’. Indeed, in writing this article I self-reflexively ‘practice what I preach’ by consciously performing the kind of pedagogical approach which I advocate for others. I deliberately combine teaching approaches which crucially allow for an aesthetic appreciation of The Long Song as a literary text but which also facilitate a starting point for wider political discussions regarding race, difference and ‘history’ and a critically informed response to wider transnational contexts such as Britain’s often occluded colonial and Black Atlantic history or Canada’s reassessment of its history of ‘polite racism’.  Thus, on one level, Levy’s final novel can be read as a compelling neo-slave novel, a historiographic metafiction which playfully and self-consciously probes the nature of narrative and the ways in which H/history is constructed. However, it is also important to read the novel within a specifically Caribbean and Black Atlantic context, rather than simply as a historical fiction or as an example of postmodern playfulness. For example, looking at the novel’s important contexts and fascinating intertexts can shape an important understanding of the novel as a response to a wider archive of white colonial writers as well as other important – and less privileged – sources such as slave narratives. These, the article argues,  are key to a wider understanding of the novel and its focus on the nature of textuality, the different valencies of oral and written storytelling and the wider (crucial) question of the writing of history.

Dr Sarah Lawson Welsh is Associate Professor and Reader in English and Postcolonial literatures at York St John University. She received her PhD in Caribbean Studies (Language and Literature of the Anglophone Caribbean) from Warwick University. Her latest monograph, Food, Text and Culture in the Anglophone Caribbean, was published by Rowman & Littlefield in July 2019. She is currently working on a new book on Caribbean Literature for the new Routledge series, Global Literatures:  Twenty-first Century Perspectives.

She is the coeditor of the bestselling The Routledge Reader in Caribbean Literature, first published in 1996: http://www.routledgeliterature.com/books/The-Routledge-Reader-in-Caribbean-Literature-isbn9780415120494 and a Founding Editor of JPW, the Journal of Postcolonial Writing (formerly World Literature Written in English), published by Taylor & Francis: http://www.tandfonline.com/loi/rjpw20 For more details of Sarah’s research publications (including full-text versions) see https://yorksj.academia.edu/DrSarahLawsonWelsh 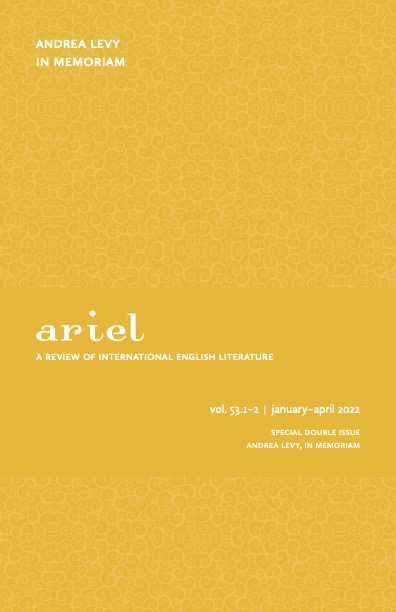