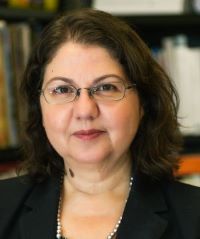 In December 2016, History of Intellectual Culture’s co-editor-in-chief E. Lisa Panayotidis (PhD), professor at the Werklund School of Education at the University of Calgary passed away after a brief illness. She was a highly regarded researcher and scholar in history, education, and interdisciplinary studies. She joined the Faculty of Education in Calgary in 1997 as a Post-Doctoral Fellow after completing her doctoral degree in Toronto. Prior to this, she earned a Bachelor of Fine Arts with a major in art history at Nova Scotia College of Art and Design in Halifax and a Master of Arts in art history at York University.

Lisa’s interdisciplinary research included examining the past and present social and cultural functions and positions of art and artists as well as the impact of the nineteenth-century arts and crafts movement in schools and educational systems. This led Lisa to collaborate with numerous professional and community stakeholders concerned with improving critical art pedagogies and curricula in the classroom in light of historical developments. As a result of Lisa’s extraordinary reputation as a cultural and educational historian and theorist, she was often asked to give guest lectures to university and community audiences nationally and internationally, including at Boston College in Dublin, Ireland, Oxford University, and in June 2014 at the Ludwig-Maximilians-Universität in Munich, Germany where as guest instructor she ran the weekend section of a graduate course on the international history of universities.

Combining her degrees in history of art and education, and passionate interest in visual culture theory, her published work of over 50 articles and book chapters delved into the socio-cultural histories of students, professors, and the built, natural, and intellectual space of historical university campuses in dialogue with one another. Throughout her career, based on numerous Social Science and Humanities Research Council- funded grants, she received several research awards including: the CAFE (Canadian Association for Foundations in Education) Publication Award for her co-authored book Provoking Conversations on Inquiry in Teacher Education (2012); national and international awards for best English-Language article in the history of education, “The Mythic Campus and the Professorial Life: A. Scott Carter’s Pictorial Map of the University of Toronto, 1937,” History of Education Review (Australia, 2011); and research excellence honourable mention for “Intellectual Space, Image, and Identities in the Historical Campus: Helen Kemp’s Map of the University of Toronto, 1932,” Journal of the Canadian Historical Association (2004). Lisa’s other work included the co- edited collections: Historical Identities: The Professoriate in Canada (2008); Cultures, Communities and Conflict: Histories of Universities and War (2012); and Women in Higher Education, 1850-1970: International Perspectives (2016). Having an intense interest in encouraging rigourous interdisciplinary historical research, she helped establish and run History of Intellectual Culture in 1999, one of the first open-access peer-reviewed academic journals in the humanities and social sciences in Canada.

Lisa was extremely popular and influential with undergraduate and graduate students alike. She was deeply involved as a supervisor and mentor in her students’ research and personal, professional, and scholarly advancement. She was nominated for several University of Calgary teaching excellence awards, and in 2004, as president of the Canadian History of Education Association/Association canadienne d'histoire de l'éducation, she ensured that graduate students were well represented on associated committees and encouraged them to submit their on-going research for the biennial conference held in Calgary.

Lisa will be sorely and deeply missed by everyone at History of Intellectual Culture, as well as by community and university members, colleagues, students, her numerous close friends, and family.